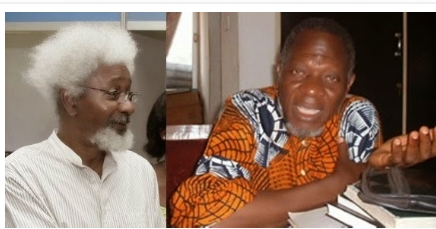 The Pyrates Confraternity, which later metamorphosed into cultism in universities was founded by seven prominent Nigerians back in their days as undergraduate students at the University of Ibadan in 1953. It was the brain child of Nobel Laureate, Prof. Wole Soyinka, who got 6 of his friends – Nat Oyelola, Sylvanus Egbuche, Pius Olehi, AIG Imokhuede, Ralph Okwara and Prof. Bolanle Awe, involved. Prof. Awe, who is now a pastor at Fullness of Christ Evangelical Ministry (FOCEM) in Ibadan explains how it all started…
The idea was conceived by Wole himself, at least I know he was the one who talked to me. I don’t know who spoke to the other five members but we actually assembled at Teeder Hall, the second hall to be completed after Melamby. We assembled in the basement and just made merry in the evening. We were just out to be different and I saw it to be fun. None of us envisaged that we were laying the foundation of a virulent cult in that 1953/54 session, though the association insisted that it was in 1952 hence they celebrated their 50 years in 2002. At that basement we had something to drink, nothing potent, we went around the campus in unusual ways, we were well known and there was nothing like secret oath, nothing spiritual about it all.

You earlier said people doubted your new life because of what you have dipped your hands into. What were these things?
I am one of those who founded Pyrates Confraternity (PC) and I am one of those who maintained that though PC which transformed to National Association of Seadogs (NAS) truly dissociated itself from PC on campuses, it can not really separate itself from it. This was the basis of the attack of Prof. Wole Soyinka on me at their 50th anniversary where he gave an 18-page lecture, where substantial part of it was an attack on me and my ministry. That only showed me that his camp noted that someone has left them. In fact, I have just finished writing a reply to him on that. 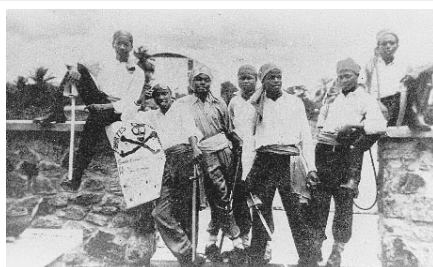 My attitude is that whatever we may say today, it was the idea of PC that gave rise to these virulent cults. Even though we were not violent when we started it and we didn’t call it cult, but the cult culture began after when we started. Today, they still recognise we the founders as the Magnificent 7! The NAS does not want to agree with that. Though they decreed that no PC should not exist on campuses, but we all know that they still do. The fact is if they say they have no link to the ones on the campuses, I’ll be prepared to accept that but to say they don’t exist on campuses, I disagreed and we parted ways on that.

At the time you started, what was the criteria used to recruit members
It was solely based on friendship. My own interpretation was that at the appropriate time, Satan hijacked what we started since we didn’t know where we were going.

What were the creed of the association?
I wrote it somewhere I can not locate now. I think they were to abolish convention, revive the age of chivalry (where you show deference to the weaker sex) etc. In any case I can’t remember anything that we did to promote those creeds. The motto was; Orders Is Orders. Also, Wole did not stay long enough because he left a year after for Leeds, because he wanted to study English honours which was not available as a course in Ibadan then. I think Ralph Opara took over from him as the head. But I stayed till 1956 when I left for Britain. Three of us Wole, me and Pius Olehie, who formed the PC, were from the same class in Government College, Ibadan while Ralph Opara was a year before us.

So when would you say Pyrates Confraternity became virulent?
I think by the 1980s. The thing is that at the beginning, there was only PC and so many people struggled to be a member because it was a prestigious thing. When I returned from Britain, some students who wanted to become members needed a lecturer to sponsor their membership, those who came to me got my nod.

Up till about 1972, PC was the only association, but when there was schism over one of them who violated the law and he was not ready to subject himself to discipline, he left and started a rival organisation and that was how the Buccaneers Confraternity started. About the same time, Eye Confraternity started. You must not also forget that violence was become rife in the society. This began in Ibadan with Operation Wetie around 1964/ 65. Things became intolerable until the coup in 1967.

Violence became the order of the day and it crept into PC by the time, I had become disenchanted with the club and was ready to leave. Some of the PC members had their vision beclouded by violence and the old PC decided to form National Association of Seadogs and went ahead to register it at the Corporate Affairs. They said PC should no longer exist on campuses but there is a difference between saying and establishing it.

So the whole thing between Wole and I was the inability to establish what they proposed, and so other groups began to spring up in various universities using the name Pyrates Confraternity because nobody has any right on the name. This is the problem between Wole and I.

At what point did you renounce your membership?
I must say that I did not officially renounce until I became a Christian. I kept being less a nd less active because I kept seeing it as an activity for children and younger people. But when I became born-again and established this ministry, I consciously went to God and confess that we were the people who started this thing, which has become something we did not envisage. I asked Him to forgive me and forgive the rest of us and I confessed on behalf of others too. That is the only time I’ll say I renounced it. It was a private thing.

Did they make any effort to ask you why you were leaving?
No, we did not bond ourselves to be members forever. I think when they found out that I stopped turning up for their meetings that must have convinced them that I was no longer interested. But I didn’t make any statement concerning them until I started this ministry and got involved in the University as chairman of Anti-cultism Campaign Committee.

Did you take the cultism to a higher level like joining the Ogboni, as people believe it happens?
As I said, I was only active in it between 1953 and 1957after which I left for Britain. When I came back in 1960, I was on the staff of the University and was just an adviser to them. I didn’t know what they did at their services (meetings) I didn’t know when the oath taking, etc started or if it was actually done. However, I know it is done today. This is what the Seadogs pretend not to know.

Have you spoken about Christ to Wole Soyinka?
I have not but I will certainly welcome the opportunity. The only problem I envisage is that unless God softens Wole’s heart, it might be difficult to speak with him on Christ.