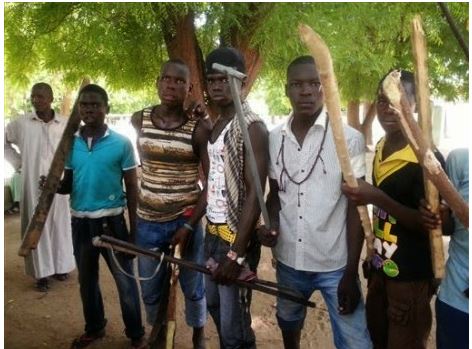 According to reports, about 75 Boko Haram men were killed this week by local hunters in Maiha town, which is about 25km from Mubi town in Adamawa State.

The hunters also recaptured their town which was captured by the insurgents this past Monday. The local hunters, armed with rifles, machetes, bows & arrows, ambushed the insurgents as they came to fight with the Nigerian military in their town and killed as many of them as they could.

Following the attack, many residents of Maiha fled to Yola over fears of reprisal attacks from Boko Haram, who are known to re-group and take revenge when their members are slaughtered.

But the hunters and other vigilante groups say they are no longer running, that they have decided to stay and fight to keep their land and family safe. Thousands of youths have since signed up to confront Boko Haram insurgents in the state.