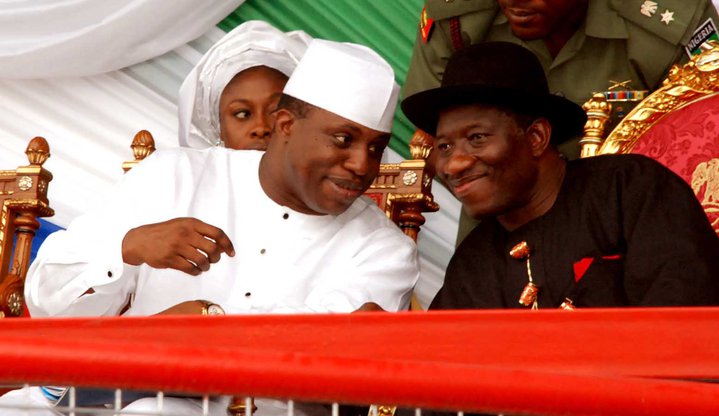 President Goodluck Jonathan on Friday said he regrets the failure of the South-west to get the position of Speaker of the House of Representatives in accordance with the zoning arrangement of the Peoples Democratic Party (PDP).

“The last time, it was difficult for me because I insisted that the South-west must get the office of speaker. Of course, I couldn’t go through with it because some of us within the South-west didn’t want it based on some personal reasons. I am still suffering from that till today. That is one of the reasons that the leaders said, this time around, we must work collectively so that whatever position is zoned to the South-west, we should get that position.”

The last time a lawmaker from the South-West held the position of the speaker was in 2011 when Dimeji Bankole, representing Abeokuta South Federal Constituency finished his tenure. Although, the zone of the President, his vice and the Senate president has remained the same, a northerner Aminu Tambuwal has held the position since 2011. If the PDP zoning was to be considered, someone from the southwest should be speaker of the House of Representatives.

Jonathan restated his commitment to keeping Nigeria as one and he said he remained true to his conviction of a united Nigeria. He praised the efforts of the Yoruba people and their cooperation with other sections of the country to ensure Nigeria remains united. He therefore pledged to do more for the region, as over 50 percent of the nation’s wealth comes from it.

He observed that the gathering was “not just about the unity of the descendants of Oduduwa but a clarion call on Nigerians to embark on a path to seek accommodation and build consensus.”

He therefore charged people of the country to live in harmony, noting that with love, understanding and respect for one another, there is no obstacle Nigeria would not surmount.