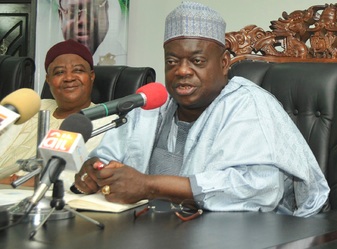 Governor Babangida Aliyu of Niger State has stated that those initially opposed to zoning of elective offices in the state were now in support of it.

The governor stated this during an address when 14 female aspirants vying for various elective positions on the platform of the Peoples Democratic Party, PDP, paid him a courtesy visit in Minna, the state capital.

Mr. Aliyu said he is happy women are now participating in politics. He also stressed the need for them to continue to vie for elective positions because it will promote girl child education, ensure gender balance and reduce negative impression against women in politics.

He further said women have done very well in his administration since 2007. He added that those who have served as ministers since he assumed office as governor have made the state proud. He also lauded the achievement of the female members of his cabinet.

The governor, who is eyeing the senatorial ticket of Niger-East on the platform of PDP, therefore, expressed optimism that the 14 women will compete favourably well in the primaries and at the polls; saying they are qualified academically and administratively to occupy elective positions of their choice.

Speaking earlier, the leader of the 14 female aspirants, Hauwa Usman, thanked the governor for assisting women in the state actualize their ambitions. She also said the present administration has recorded the highest number of women in sensitive positions in Niger.