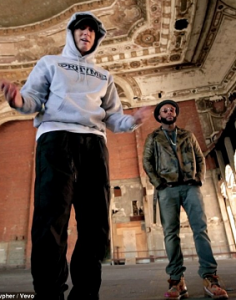 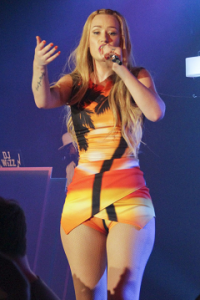 Fast rising American rapper — Iggy Azalea has reacted to Eminem’s threat to rape her in his latest song, Vegas.

The sexy bold female rapper took to Twitter to show her disgust over what she described as old men threatening young women as entertainment trend.

Eminem had graphically described how he would rape Iggy in his new song. He rapped: –

‘If I let you run alongside the Humvee. Unless you’re Nicki, grab you by the wrist, let’s ski. ‘So what’s it gon’ be? Put that s*** away Iggy. You don’t wanna blow that rape whistle on me. Scream! I love it. ‘Fore I get lost with the gettin’ off.’