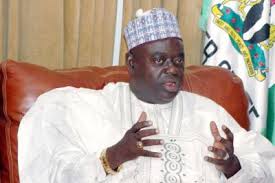 Governor Babangida Aliyu of Niger State on Tuesday said the insurgency in the northern parts of the country was a temporary setback for the nation, which would soon become a thing of the past.

The governor stated this in Minna, the state capital when he received in audience the Egyptian Ambassador to Nigeria, Mr Asraf Salama, who paid him a courtesy visit at Government House.

“What is happening in parts of Nigeria is temporary destabilisation; it should be an ingredient for our development”, he said.

Mr. Aliyu urged Egypt ‘to do more’ for the people of Nigeria in particular to arrest the scourge of insurgency not only in Nigeria but in other parts of the world.

He also blamed the crises in parts of the world on lack of full knowledge of the two major religions — Islam and Christianity — saying adherents of both faiths should be more educated about their tenets as he noted, all religions preach peace.

“We are supposed to be shining examples for others to follow. There is no compulsion in religion; it is our behavior that will win souls for our religion”.