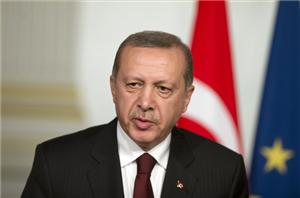 Iraqi Peshmerga forces have started combat operations against the Islamic State of Iraq and the Levant (ISIL) in Kobane, less than twenty four hours after arriving in the besieged Syrian town.

Peshmerga fighters in Kobane, a town near the Turkish border that has become a focal point in the battle against the armed group, fired at least six rockets from pick-up trucks at ISIL positions on Saturday.

A reporter reporting from the border, earlier said the Peshmerga stationed themselves in the western side of the town and hoisted the Kurdish flag in one of the buildings they are staying in.

The same source said Syrian Kurdish fighters, known as the YPG or People’s Protection Units, who have been battling ISIL for weeks, had been patiently waiting for the arrival of the Peshmerga and their superior weaponry.

The YPG have been holding out for weeks against ISIL’s offensive, backed by dozens of US-led air strikes against ISIL positions.

The YPG have repeatedly said they do not need more fighters, only weapons, and say they are mistrustful of Turkey’s intentions, accusing it of trying to dilute the YPG’s influence in Kobane.

Shorsh Hassan, a spokesman for the YPG, said the arriving Peshmerga had “a role” to play in the fight against ISIL.

“The priority will be to recapture Kobane neighborhoods that were taken by [ISIL] and then the goal is to liberate all villages in the countryside of Kobane,” a source told the AFP news agency.

The SOHR, which operates through a network of activists on the ground, said more than 100 ISIL fighters had been killed in clashes in the last three days, as well as through US-led airstrikes.

US Central Command said on Saturday that US aircraft had launched five raids near Kobane in the past two days, affected nine ISIL fighting positions and damaging one building used by the group.

Kobane has become a crucial battleground in the war against ISIL, which is fighting to extend large expanses of land it controls in Iraq and Syria, where it has declared an Islamic “caliphate”.