Is Olamide indirectly calling out Wizkid?!? 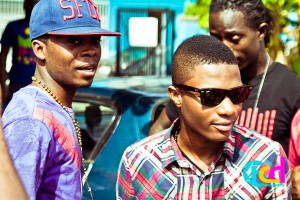 Well, some people think it was a direct shot at Wizkid; while others are just trying to start up beef where there is none.

A few days ago, pop star, Wizkid shared pictures of his newly acquired Guiseppe Zannoti sneakers on Instagram and just a few days later, November 16, 2014 to be precise, Olamide shared his own picture below with the caption: ‘Rock #Timberland with your niggas don’t buy zanotti to oppress your nigga #TeamTimberland.’

So far this year, Wizkid has been involved in a number of major beefs and controversial spats as he has had to deal with squabbles between him and Davido, while others like Seaon and Samklef have called him out at different times also.