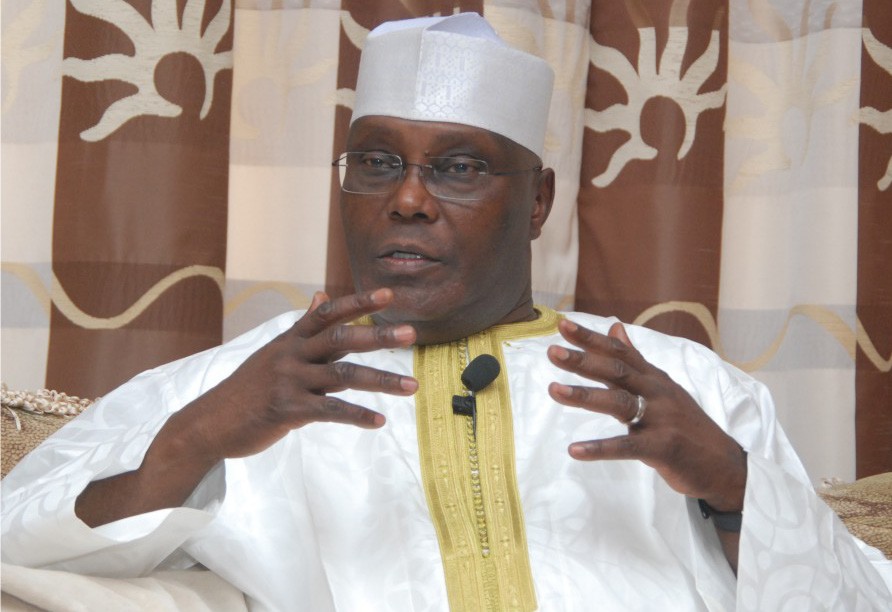 He stated this in an interview with an online newspaper, The Cable.

Asked to comment about his relationship with the former president, Atiku said, “I still have a good relationship with Baba (Obasanjo, but on certain occasions we defer on matters of principle and interpretation of facts.

“This is not unusual for two people who respect each other and have a joint mission to provide good leadership for this nation”, he added.

He also dismissed a claim that the consensus option of the North in 2010 divided the country along religious and ethnic lines.

Abubakar said, “The electoral support of President Goodluck Jonathan in the North in the 2011 election does not show any evidence that the event of 2010 had created any division, ethnic or religious.

“You will agree that Nigeria’s division along ethnic and religious lines had been actively promoted in the last few years by the present administration and we now have more divisions along those cleavages than ever before”.

The Turakin Adamawa said that he had no regrets leaving the Peoples Democratic Party for the Action Congress of Nigeria in 2010, because according to him, “At a point, the PDP leadership became insensitive to the aspirations of party members, who were being denied the right to participate in the activities of the party, particularly in the elections.

“I was virtually kicked out of the party because of my insistence that internal democracy within the party was critical to the survival of democracy.

“You will recall that I have always been an advocate of a two-party system because it gives people viable choice. I also co-founded the ACN which was supposed to be an alternative to the PDP and provide a choice for Nigerians. The ACN was not intended to be a platform for dealings but when it turned out to be that, my supporters decided to go back to the PDP. As a leader, my decisions on the choice of party affiliations are taken in response to the desires of those who look up to me for leadership”.

He also responded to critics, who said that he was desperate to become president of the county.

“I have been asked why I am always seeking to become the president of this country. My passion for governance is that of a man who wants to do more for this nation because there is so much more to be done in fixing Nigeria”, he said.