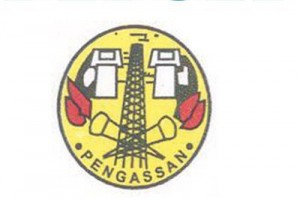 Petroleum and Natural Gas Senior Staff Association of Nigeria (PENGASSAN), has called on the federal government to reduce the number of political appointees and aides and the cost of maintaining them, instead of imposing unnecessary austerity measures on Nigerians.

President of PENGASSAN, Francis Johnson said this in a statement released in Lagos, yesterday.

“The cost of governance in Nigeria is too high and irrational and if we are looking for ways to cut cost, I think the first place to exemplarily focus on is in the direction of reducing the numbers of political appointees to the barest minimum,” he said.

He argued that the high number of political appointees and aides to the Presidency, the ministers, state governors and their commissioners were simply draining the nation’s resources and putting pressure on the economy.

He therefore cautioned the federal ministry of finance not to withhold funds for human and developmental projects, but to block all avenues of leakages and wastages.

“The huge amount we spend in paying these aides can be used on developmental projects and boosting of the nation’s economy. The governors, ministers and federal and state legislators should also be made to reduce their aides to a sizeable number that our economy can bear and whatever is gotten from this exercise should be used in supporting and bolstering the economy,” the PENGASSAN president said.

Thew association also urged the government to develop other sectors and stop the national economy from its over-dependence on oil revenue.