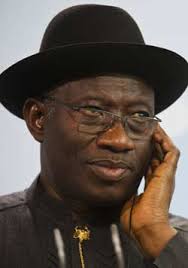 War against Boko Haram can be won if the government is determined and President Goodluck Jonathan can stop being too gentle in the fight against insurgency. This was the opinion of Nigerian-born U.S. Army Captain, Sunday Adebomi, who spoke with the News Agency of Nigeria on Sunday.

“There are several ways of wiping out the sect and end the killings. If government is determined to end Boko Haram today it will be achieved.

“Who are those in the sect that dare face the government? But unfortunately, I suspect there are some bigwigs behind these people.

“Mr President is being too gentle in his handling of the killings; but unfortunately, it is daily assuming dangerous dimension; gentility cannot win the war.

“Although gentility is not a crime but Mr President will have to be more aggressive because this is a security threat to the entire nation,” he said.

Adebomi therefore noted that “Mr President will have to take a stand on the matter either to continue to tolerate the sect and leave Nigerians to be mourning every day with the several killings.

“Mr President should give a matching order to the military to wipe them off once and for all.

“Not until a strong stand is taken Nigerians may not be able to sleep with their eyes closed,” he said.

Adebomi praised the military for the “good works” they are doing in the affected states but said the fight will remain very hard as “they are fighting unknown faces and faceless groups.

“Government will have to first identify the cause of the problem, the root, sponsors, as well as where and how these insurgents get their weapons.

“The security agencies do not also understand the terrain they are fighting the war because most of them are alien to the battle fields.

“They know nothing about the sect, how then will they fight such war and think they will win; it is difficult,” he said pointedly.

Adebomi noted that if the Nigerian security operatives were committed, all that would be needed to clear out the insurgents is the Presidential directive to proceed.

Governors of the affected states, according to him, should also be made to account for each soul lost to insurgents.

“What I’m simply saying is that the matter deserves an aggressive reaction; enough of a gentleman approach, because you don’t dialogue with faceless groups,” he said.

“The question we need to ask ourselves is: “When will enough be enough?

“I woke up this morning with this thought in my mind asking Nigerians when enough will be enough.

“Is it not time the government declared full state of emergency in the affected region?

“Since this insurgency, what concrete intelligence step has the government taken apart from fire for fire exposing ill equipped military men and women to excessive fire power of Boko Haram.

“Let us ask, when will enough be enough? Nigeria is dripping blood on daily basis; it is time the government woke up to its task,” he said.