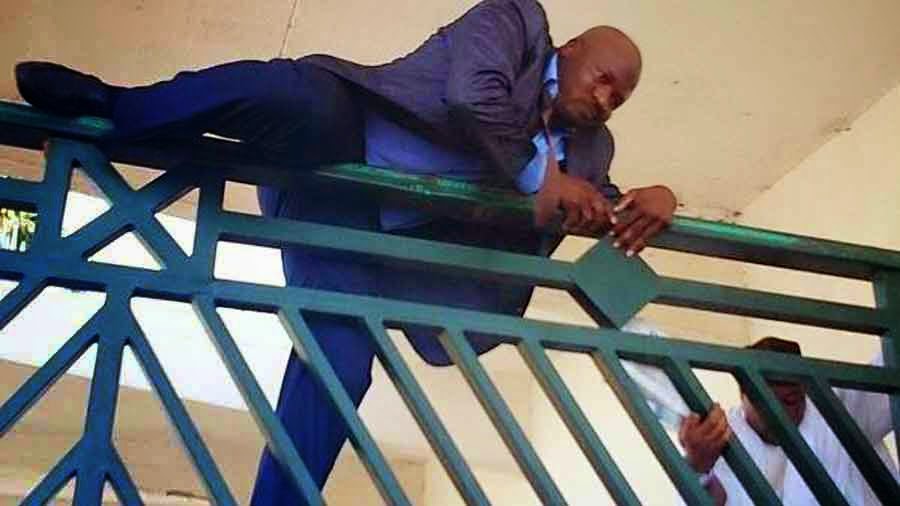 Kano State Governor, Mohammed Rabiu Musa Kwankwaso  has hailed the Deputy Minority Leader of the House of Rep. Suleiman Abdulrahaman Kawu Sumail for jumping the National Assembly gate yesterday when they were prevented from gaining access into the complex by security operatives.

Kwankwaso took to his twitter page where he praised him;

See another photo of him after the cut after finding his way into the house.