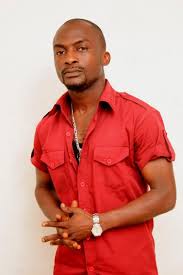 Once upon a time, Lord of Ajasa was one of the wave-making artistes in Nigeria with hits like Esa Lobade.

But that wasa  long time ago. These days, nothing much has been heard about the talented singer. Granted he has new singles which featured Olamide and Kinihun, the songs didn’t bring him back to the level he was before.

In a chat with Saturday Beats recently, the rap artiste said he wants to use Olamide to get back to the top same way Olamide used him years ago when he was unknown.

“It is normal because anybody can use anybody to climb to the top. When Olamide started his music career, he used me because I featured in one of his song and nobody knew him then. I was very popular then but I humbled myself and I helped him. That is the kind of person that I am. I feel that he is the one reigning in town now and people like him, so if I feature him on my album, it would be a good marketing strategy. I can use him to move up and be famous again,” he said.

The dark-skinned artiste debunked rumours that he has any misunderstanding with Olamide, claiming that he is happy that he is successful.

He said, “There is no ‘beef’ between me and Olamide. It is rumour mongers that create such news but the truth of the matter is that we don’t have any issue. In fact, we will soon shoot a video for the song we did together. We should have done it a while back but he has been busy performing at various shows within and outside the country. Why would I ‘beef’ him? It is his time and everybody has their own time. He did not do anything to me, so I cannot ‘beef’ him. Instead, I am celebrating him as he has become successful.”