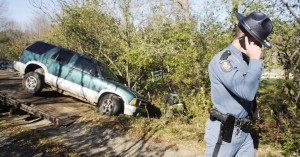 Police in New Jersey has said that a marathon runner had no need for a getaway car when he fled police on foot and eventually ran five miles to his home. The name of the suspect was given as  Eric Kipkemei Chirchir, 31, from Kenya. Read more according to UPI.

The Bogata Police Department said Eric Kipkemei Chirchir, 31, a marathon runner from Kenya, fled police at the Bogota Golf Center Nov. 15 and ran the five miles to his home.

Police said they had been called by a 15-year-old girl who accused Chirchir of entering the women’s locker room and touching her inappropriately.

Misskerg said Chirchir was found hiding in his 6-year-old daughter’s bedroom closet at his home.

Bogota police Capt. James Sepp told NorthJersey.com Chirchir, an employee of the golf club, was arrested on charges of criminal sexual contact, endangering the welfare of a child, resisting arrest and obstruction of justice.

Sepp said U.S. Immigration and Customs Enforcement put a detainer on Chirchir following his arrest, meaning he could also be facing prosecution for violating immigration laws.