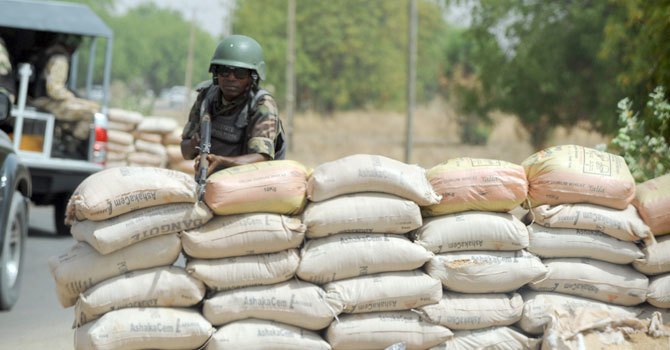 Indications emerged at the weekend that peace has finally been restored to Chibok town in Borno State.

Chairman of Chibok community in Abuja, Tsambido Hosea-Abana gave the confirmation that the military and other security agencies are fully in control of the town.

Chibok came to national and international reckoning in April of this year when Boko Haram gunmen visited a state-own school in the dead of night, and took into captivite over 200 school girls.

Few weeks ago, the insurgents returned but this time, they attempted to establish their control on the town and its residents before they were flushed out by security forces.

Speaking at the #BringBackOurGirls sit-out yesterday in Abuja, Hosea-Abana said some people from his community called to confirm the presence of security operatives in Chibok especially the Nigerian Army personnel, who the callers said are now seen in every part of the streets.

“I am happy to tell you that, today, I got calls from my people back home that there is total peace in Chibok now as the military are in full control of the town.

“They also said they can sleep outside with their eyes closed because every street is occupied by the military. I also heard that about 40 trucks of security operatives are being moved towards the town and this is encouraging”, the chairman stated.