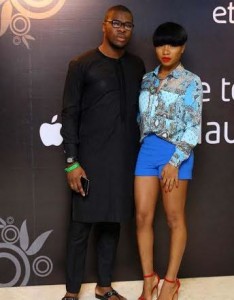 She suddenly disappeared after the controversy surrounding her leaked nude photos she allegedly sent to Eldee; but the singer returned with a bang.

People present at the party confirmed that the singer was totally glued to her bobo all through the night.

They were spotted having a close chat, holding themselves and not minding the presence of other guests at the event.

BK Olateru-Olagbegi, who is also the singer’s manager, is also the younger brother of popular Beat FM On-Air-Personality, Gbemi Olateru, and they have been dating for the last few years now. 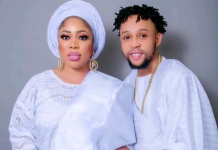