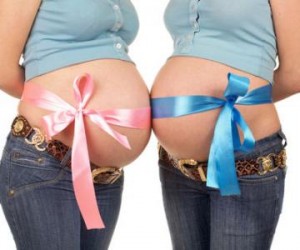 After realizing they were both pregnant nine months ago, a mother and daughter living in Florida each gave birth early last week on the same day. 20-year-old Destinee Martin gave birth to her son Damien just about three hours after her 40-year-old mother, Heather Penticoff, gave birth to a girl named Madeline at Lee Memorial Hospital in Fort Meyers, Florida. United Press International was there to cover the story.

Martin told NBC-2 she wasn’t happy after initially learning about her mother’s pregnancy on the same day as her own, but said the two have bonded through the experience.

“Going through the pregnancy and now having her here to help me is a lot nicer than if it wouldn’t have went that way,” Martin said.

While the two never expected to have the same due dates, doctors induced both pregnancies Tuesday for separate medical reasons.

“It’s like having twins without carrying twins,” Penticoff told NBC-2.