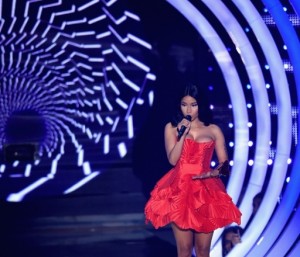 What most of you don’t know is that Nicki the host also wore 8 different dresses at the gala.

As expected, Nicki was an animated and engaging host and stunned the audience with her on-stage antics and various outfits.