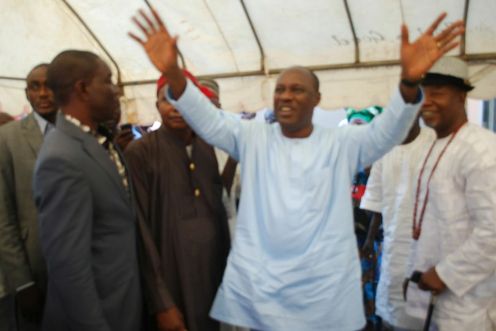 The immediate-past Minister of Niger Delta Affairs, Elder Godsday Orubebe, said on Thursday that former President Olusegun Obasanjo never intended for the East-West Road to be a reality, although he awarded a contract for the project.

Orubebe stated this in Asaba, Delta State, at a rally where he declared his intention to contest the governorship of the state on the platform of Peoples Democratic Party, PDP.

The former minister has come under severe criticism for failing to see to the completion of the East-West Road, considered to be the most vital infrastructure in the Niger Delta, during his tenure as minister.

One of such famous criticisms came from the Governor of Rivers State, Mr. Rotimi Amaechi, who in January 2013, said the then minister had failed the Niger Delta region and asked for his resignation. The governor went ahead to challenge Orubebe to identify a single project he carried out in the region as minister.

However, speaking yesterday at his rally, the ex-minister, rather than accept responsibility for his shortcomings, blamed the past administration of Obasanjo for not coming up with a drawing or design for the road when the contract for its construction was awarded.

Orubebe, in self-glorification, said that it was not until he became the Minister of Niger Delta Affairs under President Goodluck Jonathan that the design of the project was done.

The ex-minister said, “This was what we did. The President told me to go ahead. I went to African Development Bank to take a loan. And when SURE-P came, I took some money from SURE-P. I sat down with the contractors and we started building.

The aspirant added that he already had the action plans with which he hoped to develop Delta State and would “hit the road working” as soon as he is elected governor.