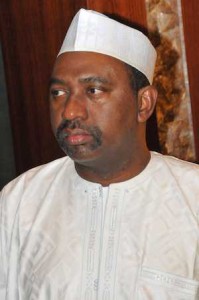 Although analysts have predicted that the fall in global oil prices will continue in 2015, with some saying the price may go as low as $50 per barrel, the Minister of State for Finance, Ambassador Bashir Yuguda has however expressed hope that the price of oil will go up again very soon.

“We believe that very soon the prices of oil will go up again,” Special Adviser, Media, to the Minister, Mr Ikechukwu Eze quoted him as saying.

According to Yuguda, members of The Organisation of Petroleum Exporting Countries (OPEC) are already holding preliminary meetings among themselves as a means of co-ordinating action to defend the oil market.

He however said that the federal government, being realistic about the situation at hand had revised oil benchmark to $73 per barrel in its proposition to the National Assembly for the 2015 budget. He called the action a scenario-based response to falling oil prices, but adds, “further measures may be introduced if oil prices continued to slide deeply.”

OPEC members, including Nigeria, is expected to meet in Vienna, Austria, next week to discuss the issue of global oil price fall.

In the mean time, Yuguda said that growth drivers such as “agriculture, infrastructure and housing will continue to be strengthened,” adding that “non-oil revenues will be broadly enhanced while there will be a renewed focus on prudent spending.”

Should oil prices continue to plunge, Yuguda said “further measures may be introduced.”