Home National News Odd News Our Senior Pastor Has Taken My Wife, She Now Cooks for Him...
Facebook
Twitter
WhatsApp

All is not well at the Presbyterian Church of Nigeria, Nyanya Parish. Allegations and counter-allegations, bordering on immorality and blackmail are threatening to tear the church apart.

A former member of the church is accusing the senior pastor, Mfom Umoren of befriending his wife, while the pastor is accusing the man and others, pointing fingers at him for blackmail. 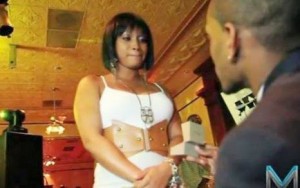 Mba Kalu Achowa, a staff of the Federal Ministry of Interior in Abuja and a founding member of the church, had alleged that his wife of 18 years had practically abandoned her matrimonial duties and had virtually relocated to the pastor’s house…

Another woman, Mrs. Ibiam, who is a members of the church, also said Pastor Umoren harassed her.

According to her, “He even threatened me that he was going to force me if I kept refusing. To ensure that he enticed me, he increased my salary from N27, 000, which was agreed by the school committee to N30,000. He gave me a perfume, which I refused to use. Till this day, the perfume is still with me.”

In a petition to elders of the church, Achowa alleged that Pastor Umoren’s friendship with his wife had ruined his marriage. According to him, his wife was always with Pastor Umoren from morning till night.

The petition partly reads: “She leaves home early in the morning and comes home most times 10.30pm or 11pm. Pastor Umoren has taken over my wife.”

“How can a married woman go to the minister’s house, whose wife lives in Lagos, and cooks for him? She stays with him both in his house and office. I am pained as a man whose wife has decided to shift her matrimonial duties to this minister.

“Since the arrival of Pastor Umoren, my wife, who was a good woman, has changed. I have become an object of caricature in the church, where I worshipped, even before getting married to her. Pastor Umoren has turned my wife into what I do not know. Sometimes, I wonder if she is the woman I married about 18 years ago. My wife has sent me a text message and said she was already tired of the marriage and wanted a divorce.”

Achowa has not stopped at writing petitions. It was gathered that the aggrieved husband once caused a scene in the church. One member of the church, who spoke to Daily Sun, recounted an incident that happened in the church during service on a Monday morning.

He stated: “One particular Sunday morning, the woman held the Bible while Pastor Umoren followed behind. To our surprise, the husband of the woman, Mr. Achowa, rushed into the church during the procession, grabbed the Bible from the wife and started pursuing Pastor Umoren around the church. It was something you could only see in one of these Nollywood home videos and members were embarrassed. It took the intervention of members to calm Mr. Achowa down before the service could continue.”

Mr. Achowa is not the only aggrieved membe, pointing fingers at Pastor Umoren. Mrs. Ibiam Uzoamaka, the former head teacher of Presbyterian Divine Academy, a school owned by the Presbyterian Church, said her appointment was recently terminated because she had issues with the pastor.

In His Reaction to the allegations The pastor refuted all the claims. In a telephone chat with our correspondent, he said his accusers were out to blackmail and tarnish his image. He said as a man of God, he could not have been involved with any woman. He equally denied the drama about how the husband of one of the women attacked him during a church service.

Pastor Umeren saidd: “They are not only mere allegations, they are all lies. The woman in question had always had problems with her husband, long before I was posted to the parish. The woman is very spiritual and she is an elder in the church. I can tell you that 99.9 per cent of the members of the church can tell you that there was nothing like that.

“The story that Mr. Achowa attacked me during a church service is not true. He did not come near me. He came to the church on a Sunday morning and collected the Bible from his wife. People dragged him out of the church. I did not buy perfume for any member of the church. I do not even use perfume myself. I have been born again since 1983 and I did not have s*x with my wife before we got married. I do not involve in things like that.”

Mrs. Achowa, when contacted, said: “If you have a copy of such an allegation, you ought to tender it before me. I do not know you. I cannot talk about it. Anybody can call from anywhere and claim to work with The Sun Newspaper. The person that gave my contact should have given you the description of my house and how to see me.”

“I do not know how you got my phone number. I do not have anything to say about it. You cannot just call me and expect me to react. If I want to come to your office to state my own side of the story, how do you guarantee my security? You said some people came to your office. They have their interest. I do not think it is safe for me to come over there.”