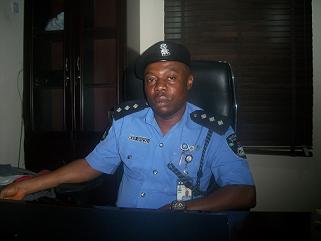 The Lagos State Police Command has denied releasing a list of ‘black spots’ in the state, adding that residents should disregard any information on such as it is unfounded.

While assuring Lagos residents of a crime-free yuletide, Nwosu said the police were making efforts to apprehend the masterminds of such false alarm.

He said, “There are some false information making the round on social platforms, claiming that Lagos residents have been warned by the police to be wary of some locations like Estate bus stop, Ketu, Alapere, Berger bus stop on the Lagos-Ibadan Expressway, First Gate Junction, Agidingbi and Boundary bus stop in Ajegunle.

“The command wishes to inform everyone that the claim is false and only a figment of the authors’ imagination. We enjoin everyone to go about their business without fear of molestation”.

According to the release, other places wrongfully designated as black spots are Ijora Bus stop, Mile 2 Bridge, Church bus stop, the Agboju area and Abulosu bus stop on the Lagos-Badagry Expressway, Agric and Apongbon bus stops, School bus stop in Ajegunle, and Bamboo area along Oworonshoki.