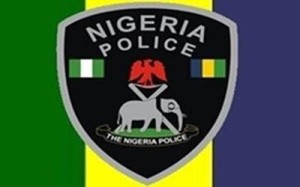 The Commissioner of Police in Taraba, Ademola Omole, on Saturday warned political parties in the state against destroying posters of aspirants of opposition parties.

Mr. Omole gave the warning in Jalingo during interactive session with heads of political parties in the state.

According to him, destroying such posters was one of the major causes of political crises in the country.

He said the illegal act must be stopped for peace to reign as the 2015 general elections draw nearer.

Mr. Omole said political parties must always inform the police in writing within 48 hours before conducting any political gathering.

He said the information would assist the police in mobilising enough men to prevent possible clashes with the opposition.

The commissioner of police urged the political parties to comply with the regulation.

He said the police would not hesitate to arrest any party member involved, in the event of any brake down of law and order.

Mr. Omole urged the politicians to state all their grievances against the police, promising that disciplinary measures would be taken against any erring police personnel.

Responding, Charles Buki, the Chairman, Action Alliance, AC, advised the police to remain neutral is the discharge of their duty and to be fair to all.

He criticised the wearing of mask by the police during the 2011 elections, saying that “the identity of every policeman should be made public in normal circumstances”.

Mohammed Hamman, the Chairman, Peoples’ Party of Nigeria, PPN, urged the CP “end the marginalisation and discrimination against smaller parties by police”.

He cited “the recent decision by the police to stop me from conducting congresses for my party at Sardauna area, without any cogent reason” as one of the instances.

Titus Elisha, the Chairman, Labour Party, urged politicians in the state to shun acrimony and abusive language against opponents for peaceful conduct of the 2015 elections.