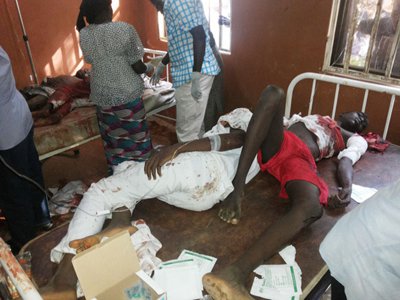 As the death toll from the suicide bomb attack at Government Science Secondary School, Potiskum, Yobe State, climbs to 48, a call has gone out to well-meaning Nigerians to assist with blood donation.

An unidentified suicide bomber disguised as a student detonated the explosive as students gathered for the morning assembly 7.45 a.m.

The Yobe Police Command confirmed yesterday that 47 people were killed while 79 others were injured in the blast but as at Tuesday morning, hospital sources confirmed that the figure has risen to 48 and may likely rise as a result of blood shortage.

A medical personnel at the Potiskum General Hospital, who spoke under the condition of anonymity, said there was shortage of blood at the hospital which is needed to save the lives of the injured.

“We hope well-meaning people would come to assist with blood. Some of the victims lost a lot of blood and may die if nothing urgent is done”, he said.