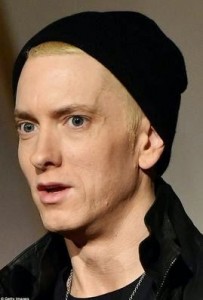 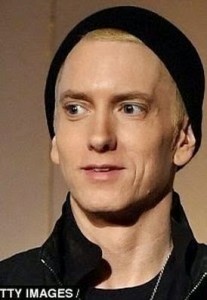 I don’t think he even owes anyone any explanation, but I guess that’s why I’m not him.

Over a week ago, 42-year-old rapper Eminem took to the stage at the Wall Street Journal’s Innovator Of The Year awards in New York to honor his former mentor Dr Dre and Beats co-founder Jimmy Iovine who won awards for their entrepreneurship.

His appearance however caused some controversy as his gaunt and pallid face surprised the public.

A lot of people said his new look is not unconnected to his drug abuse few years ago, but a his close friend says it is  the result of a healthier lifestyle since becoming sober six years ago.

He tells Us Weekly: –

“Eminem is happy and healthy’ and ‘jogs and eat well.’