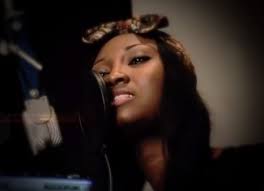 NAYOSOUL, a Nigerian Soul/Jazz singer, Vocalist and songwriter, born Odunayo Ayorinde, is back with a new video”Go where you are”, which featured newly married OC Ukeje  and was shot by filmboyz Inc  (Http://youtu.be/r_kRcrEY7pg)

The video has also been nominated by the Nigerian Music Video awards #NMVA for best Soft Rock/Alternative Video. You can vote here at www.nmva.net by logging in with your facebook, twitter and/or google accounts. Voting closes November 20th 2014.

With tracks from her EP such as Veronica, Ditty Ditty O, Acoustic Recording of Rhythm of the Sound and more, work on ‘Journey to Self’ dragged out for a long time due to her pursuit for perfection and musical integrity. This time Nayo is back and better.