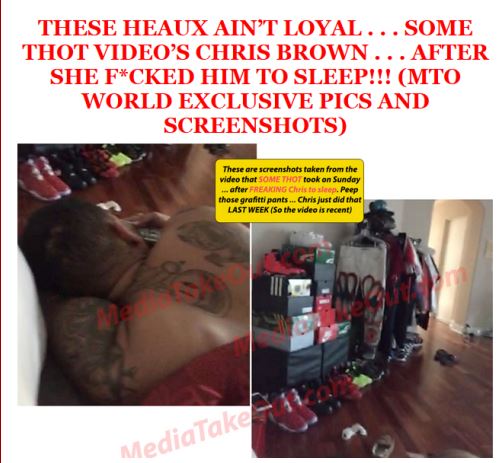 Hmmm, this is a MediaTakeOut blockbuster…and it’s very interesting. Hehe. Read below…

“Chris Brown got caught last weekend . . . freaking off a thot – after leaving the Supperclub in Los Angeles. In the below video, you see Chris asking his cousin ROC two exotical girls to come back to his house. Later in the video, around 2:30, you see Chris making sure the exoticals know his address.

Well Breezy got what he wanted . . . and so did one of the thots. One of the girls that was invited back to his house, either the ones from the video – or a different thot – exposed Chris for the cheater that he is. Cause she f*cked Chris to sleep, and then posted a pic of him sleeping on her friends Instagram page. 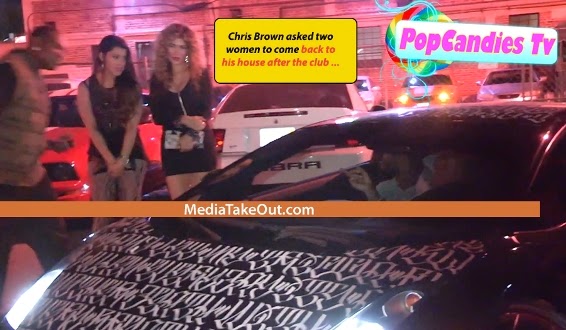 We managed to get some screenshots of the video, before she deleted it.

Karrueche caught wind of it – and DUMPED Chris last night – she told the world that she was “single again”. But she came to her senses and realized that even though Chris is a CHEATER – he’s the only reason that she’s even famous. Karrueche has since BACKED DOWN from her initial tweet, and claimed that she was just “joking” about leaving Chris.