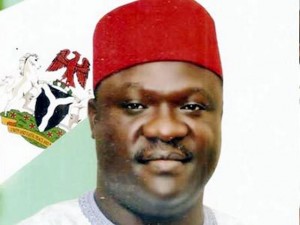 The Taraba House of Assembly on Monday mandated Sani Danladi to serve as the Acting Governor of the state.

Mr. Danladi was on Friday reinstated by the Supreme Court as the Deputy Governor after winning the case against his impeachment about two years ago.

Mr. Danladi’s mandate to serve as the Acting Governor followed a motion moved by the Majority Leader of the assembly, Joseph Kunini, under Matters of Urgent Public Importance, and seconded by Abubakar Jugulde.

According to Mr. Kunini, the motion was prompted by the recent removal of the former acting governor of the state by the Supreme Court, which had created a leadership vacuum.

He said Section 190(2) of the 1999 Constitution, as amended, had mandated the House to elevate Mr. Danladi to the acting capacity, pending the recovery of the ailing governor of the state, Danbaba Suntai.

The assembly also appointed Mr. Useni as its speaker following the resignation of the former speaker, Josiah Kente.

Mr. Useni’s appointment came as a result of a motion moved by Kizito Bonzena and seconded by Hamman Adama, both of Zing and Bali constituencies.

Mr. Kente resigned his appointment as the speaker due to what he tagged as threat to impeach him.

He said as a law abiding citizen, he would never allow anything that would cause rancour and violence in the house.