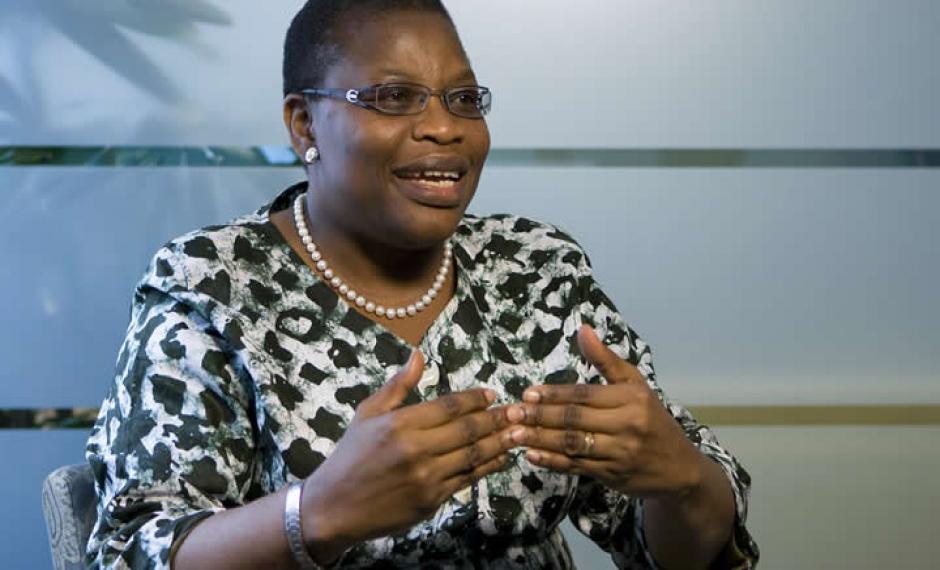 A former Minister for Education, Dr. Oby Ezekwesili, has revealed that even while serving in government, she could not afford to pay her mother’s house rent.

She also described her active involvement in the campaign to bring back the abducted Chibok schoolgirls as an assignment from God.

Ezekwesili said these during a live interview at the ongoing national convention of the Foursquare Gospel Church, at the Foursquare Camp, Ajebo, Ogun State, on Thursday.

The former Minister, who was invited to speak on the topic, ‘Integrity’, told the congregation that integrity comes with its cost, adding that she did not spend from her imprest accounts as Ministers of Solid Minerals and later Education.

“There were times I couldn’t pay my mother’s rent, not because I couldn’t have made a choice and build her a mansion.  When I was in government, we had to withdraw our three children from their school to Baptist Special School. I was (just) answering big titles. Some of you would have said, ‘they are eating our money’. May God save those who speak without knowledge. I am not saying this so that you can say I am holy, I have my shortcomings”, she said.

Mrs. Ezekwesili continued: “Integrity will cost you a lot. Anyone who talks about integrity without the cost is preaching what I do not know about. Integrity can require a supreme cost from you. You will be persecuted for making the choice of integrity but make that choice nonetheless”.

Ezekwesili, who was a former Vice President (Africa) of the World Bank, however, attributed her activism to God and family background.

“I had to ask God to help me identify scriptural verses and the heroes and heroines that made the right choices when it was required. My foundation was strong in the areas of values. My father would say to us, ‘A good name is better than gold and all the riches of the earth’. Man is incapable of giving me anything God has not given to me”, she added.

Asked why she chose to be a voice for the 219 school girls kidnapped at the Government Girls Secondary School, Chibok, Borno State in April, the former minister pointed out that she could not afford to pretend “as if nothing happened”, adding that criticisms would not deter her from joining other Nigerians to mount pressure on the Federal Government to rescue the girls.

“The 219 children of the poor remind me of my own poor background before I became a beneficiary of what God has done. God forbids that Oby Ezekwesili will be in this land and 219 girls who went to get the same education that I got were abducted and I will pretend as if nothing happened.

“It was clear in my mind that all kinds of things will be said, but I don’t do jobs, I only do assignments. God said to me that concerning these girls, I should be their voices. In February, 59 boys were slaughtered in their school and we all carried on as if nothing happened. You read my citation, I got most of my education in Nigeria, and these children were doing the same thing. I cannot pretend as if nothing happened”, she said.

Ezekwesili also said the public private partnership involving the Unity Schools while she was Minister of Education was done to promote excellence regardless of the socio-economic background of the pupils. According to her, the reform was not intended to edge out pupils from poor background but provide a level-playing field for exceptional Nigerian pupils.

“What I met as Unity schools were carcasses, they had become mere commodities in the hands of government officials. At the time the average pass rate in WASSCE was 86 per cent while the pass rate for Unity schools was 30 per cent.  So we decided to introduce reforms through the Old Student Association and the Parents Teachers Association and the interventions were done by the School Management Organisation independent of the Ministry.

“This is to ensure that only the best pupils, regardless whether they are children of the poor or the mighty are admitted. But they sold a dummy to the rest of the society that we want to privatize Unity schools. But even though that dream tarries, it shall come to pass”, she said.