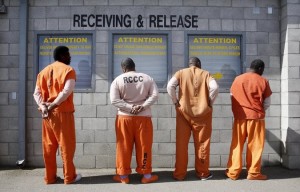 A UK court has senstenced a 16-year-old Will Cornick to life imprisonment for stabbing his Spanish teacher to death last April when he was just 15 years old. UPI reports:

Cornick was ordered to serve a minimum of 20 years in jail and told he would likely die in prison.

“In my eyes, everything I’ve done is fine and dandy,” the now 16-year-old has said of his actions on Apr. 28, when he stabbed 61-year-old Spanish teacher Ann Maguire to death at Corpus Christ Catholic College in Leeds.

The attack occurred in the classroom while Maguire was bending over to help a student. She was able to flee but died later, sheltered by another teacher. No one else was injured in the attack.

During Cornick’s trial, classmates testified that the teen assailant returned to the classroom after chasing Maguire into the hall, saying it was a “pity” the teacher hadn’t died instantly from the seven stab wounds he inflicted on her neck and back, and that he seemed proud of his actions, calling them “good times.”