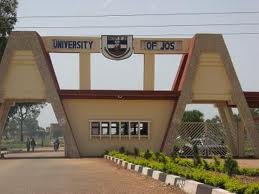 The University of Jos have been shut down indefinitely, following prolonged protest by students of the institution over imposition of N10,000 development levy.

The students had on Monday filed out and barricaded all roads leading to the two campuses of the university, chanting anti-authorities slogans while others carried placards with varying inscriptions denouncing the management of the institution.

While the authorities tried to calm them down by offering explanations on why the levy was introduced, the students were not satisfied and they continued the protest on Tuesday, leading to further disruption of academic activities.

In a statement signed by the Registrar, Mr Jilli Damdam, the university authorities said the school had been shut down until further notice, “to avoid further escalation of the situation.”

The statement further directed the students to vacate the institution immediately.

According to the university authorities, some of the issues raised by the students were baseless.

Reacting to the issue, President of the Students’ Union, Mr Abel Nok said: “I met with the school authorities and we resolved to ask the students to sit for their examinations, pending the resolution of the dispute, but they were adamant”