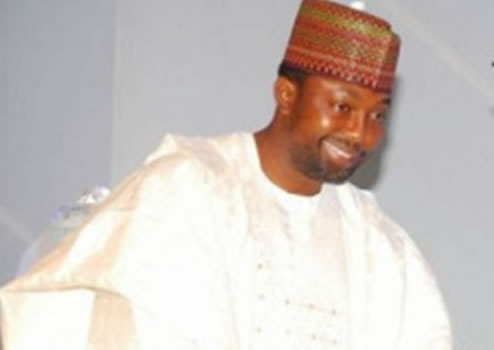 A Peoples Democratic Party governorship aspirant in Kano, Alhaji Abba Mohammed, on Wednesday in Abuja, promised to give priority to electricity and boost the economy of the state if elected the state governor in 2015.

Mohammed, son of the late former Head of State, Gen. Murtala Muhammed, spoke to newsmen after submitting his nomination and expression of interest forms for the state governorship election in 2015.

Mohammed, who was a Special Assistant to former President Olusegun Obasanjo on International Relations and Privatisation, was received by the PDP National Organising Secretary, Alhaji Abubakar Mustapha.

He said electricity would be his focus while education, health and agriculture would also be developed with needed infrastructure for poverty eradication.

He said, “I have already come up with my programme which focuses on electricity, education, healthcare, agriculture and infrastructure.

“I believe that once we have been able to provide electricity in Kano, everything will fall in place because electricity will be the engine of growth.

“Then, we can have prosperity; once we have prosperity, the standard of living of our people will be improved significantly and everything else will fall into place”.

He also promised to ensure that the PDP won in Kano State if he emerged as its candidate at its primaries slated for Nov. 29.

Muhammed said that the PDP was formidable enough in Kano to beat the ruling All Progressives Congress (APC) at the 2015 general elections.

“PDP is very formidable in Kano, and I am convinced beyond reasonable doubt that it will win the election in the state.

“If I was not convinced, I will not have been aspiring on the platform of the PDP. We will deliver Kano State to PDP come 2015”, he said.

Mohammed, however, dismissed insinuations of any preferred candidate in the race on the PDP platform.

He expressed optimism that the leaders of the party were guided by the interest of the state and would ensure a level playing field for all aspirants.

“I know that they will be neutral in this quest to come up with a candidate that will represent the interest of the citizens of Kano State”, he said.

“As far as I am concerned, there is no other candidate who has come up to offer what I am offering to the people of Kano state.

“My fundamental aim is to put food on the table of our people, so that we will have a decent and content citizenry and a peaceful environment where all will thrive”.