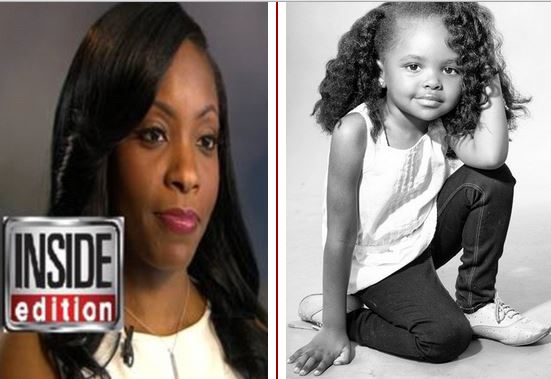 Matthew Knowles other baby mama, former lingerie model Taqoya Brancomb sat down with Inside Edition recently and opened up about her affair with Mathew Knowles where she readily admitted to sleeping with Matthew while he was married to Beyonce’s mum, Tina Knowles.

“Yes, I slept with a married man and it was the wrong thing to do, but I have a beautiful daughter who came out of the situation.”

Taqoya said Mathew treated her like ‘the love of his life’ until she got pregnant…and also claims he lied to her about having a vasectomy and has made it very clear he wants nothing to do with her or their daughter, 4 year old model and actress, Koi Knowles (pictured right). Continue…

IE: When you told Mathew Knowles that you were pregnant with his child, how did he react?
Taqoya: “It can’t be my child.” Before then, Taqoya says, “He treated me like I was the love of his life.”

After she had Koi, Mathew Knowles refused to play any role in her life, not even making an effort to meet her.
Taqoya said, “He does not want to be a father. He makes it very clear.”
IE: “How does that make you feel?”
“His loss,” she replied.
IE: “He’s not financially supporting Koi?”
“No,” she replied.
IE: “Court records show you were arrested for prostitution. What happened?
“I was 20, 21 years old. I was a dancer at a prominent strip club. There was a raid. When everything was cleared up it was dismissed,” she said.