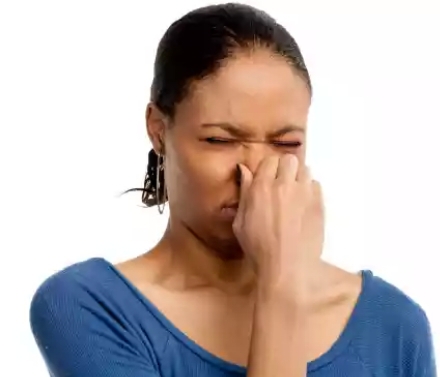 Since farting is something that we are all familiar with, we might as well learn a few fascinating facts about it.

1.The average person farts about 14 times a day

So it is safe to say that an average person farts about 14 times daily. The average volume of farts daily is half a liter.

Your daily farts are enough to fill a balloon. And if you think you are good at holding them during the day, just know that it is a free flow of traffic when you are asleep.

2.Termites are the largest producers of fart

At first thought you would think that the largest producer of fart should be something as big as an elephant right? Wrong.

The largest producers of farts are termites. Yes, we are shocked too. Termites’ farts produce as much methane as the human industry.

They produce so many farts that termite farts are believed to be a major contributor towards global warming The top ten farting animals are as follows: Termites, Camels, Zebras, Sheep, Cows, Elephants, Labradors/Retrievers, Humans (Vegetarians), Humans (non-Vegetarians), and Gerbils.

3.Rice is the only food that does not make you fart

Now if farts make you feel less of a human then we have the perfect solution for you. Rice.

Yes, rice is the only starch that does not cause any gas. On the other hand, foods such as cauliflower, eggs and meat are notorious for producing smelly farts, whereas beans produce large amounts of not particularly stinky farts.

Beans contain sugars that we humans cannot digest. When these sugars reach our intestines, the bacteria go wild, have a big feast, and make lots of gas!

4.About 1% of the volume of flatus is composed of odorant gases

On average, a fart is composed of about 59 percent nitrogen, 21 percent hydrogen, 9 percent carbon dioxide, 7 percent methane and 4 percent oxygen. All of these gases mentioned are non odorant gases.

Less than 1 percent of their makeup is what makes farts stink. A fart chemical is so pungent that people can smell them at levels of 1 part in 100 million. Now which gas is responsible for such atrocities?

The gas that makes your farts stink is hydrogen sulfide. The more sulfur rich your diet, the more your farts will stink. Examples includes beans, cabbage and eggs.

5.Women fart as much as men. We would like to see a woman who would admit this fact

Most women would not accept this fact in public, but deep within their honest soul, they know it is the truth.

Flatulence has nothing to do with the sex of an individual. flatulence are affected by the bacterial fermentation in your gastrointestinal tract, and sometimes by the amount of air swallowed.

Soldier termites can actually turn themselves into bombs by detonating themselves via the explosive release of gas and feces, a process called “autothysis.”

It would be really nice if this is restricted to the world of termites. Just imagine what suicide bombers would do to obtain this kind power.

Farts burn because they contain methane and hydrogen, both of which are flammable gases.

Farts tend to burn with a blue or yellow flame

8.SCUBA divers cannot pass gas at depths of 33 feet or below.

At high pressures, gas remains in solution rather than forming bubbles.

At this depth their farts stay in solution and never emerge as bubbles.

If you fart consistently for 6 years and 9 months, enough gas is produced to create the energy of an atomic bomb. Scary right?

10.Farting In cultures around the World

In January 2011, the Malawi Minister of Justice, George Chaponda, said that Air Fouling Legislation would make public farting illegal in his country.

In certain parts of Nigeria,farting in public is seen as a sign of good health.