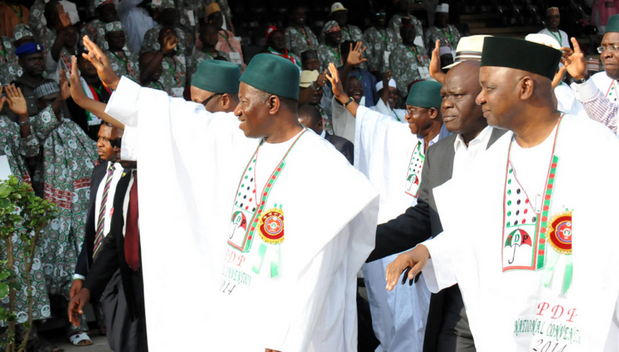 After months of speculations and political consultations as to the choice of his running mate for the 2015 presidential election, President Goodluck Jonathan has decided to stick with his Vice President of over six years, Arc Namadi Sambo.

The president announced Sambo as his running mate early Thursday after accepting his endorsement by the ruling Peoples Democratic Party, PDP, as the party’s candidate for the election.

In his acceptance speech, Mr. Jonathan said he will not fail Nigerians if re-elected.

The president said his administration will fight and win the war against corruption, a scourge he has often been criticized of condoning.

He also assured aggrieved members of the ruling PDP that their grouses will be amicably resolved.