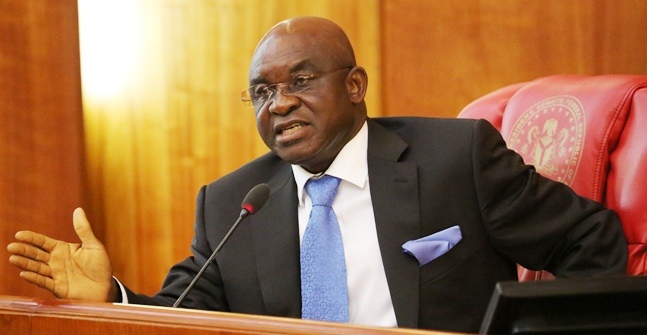 The Nigerian Senate has dismissed media reports that some aggrieved Senators of the Peoples Democratic Party, PDP, are plotting to impeach Senate President David Mark.

According to the reports, the aggrieved senators were those who lost out in the just concluded PDP senatorial primaries and their grouse with Mark stems from the assurance he gave them that they would clinch the party’s tickets to return to the Senate.

One of the aggrieved senators was quoted in a newspaper report as saying “Our discussion centred on all issues bordering on the last primary election of the PDP and the role played by the governors.

“We are worried that the primary election in most cases were manipulated by the governors and the leadership of the party are helpless. We would have prevented the ugly development if the Senate President had not assured us before the election that everything was under his control”.

Reacting to the development, Chairman of the Senate Committee on Information, Media and Public Affairs, Enyinnaya Abaribe, described the alleged plot to remove Mark as “unfounded and misleading”.

Abaribe, in his statement on Monday titled, “Senators Are United Behind Mark,” described as false, media reports on the plot to remove Mark.

He maintained that “such unfounded story only exists in the imagination of its authors”.

The Senate spokesman said, “Senators operating as a body of one united family, have never at any time found any grounds to move against its leadership or even thwart the long-standing camaraderie the upper chamber is known for, irrespective of political party affiliation”.

Abaribe said that the Senate had a tested internal mechanism, which had been used before in dealing with difficult issues that arose within and outside the chamber.

He added, “Such mechanisms and channels are inexhaustible and shall always be deployed by the leadership of the Senate, as it always does when the need arises”.

According to Abaribe, since the senators had implicit confidence in the leadership of Mark, there was “nothing to suggest or confer any iota of truth on the insinuation of any form of schism that could warrant the removal of the President of the Senate”.