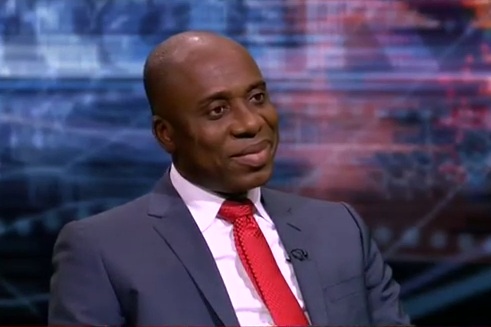 Governor Rotimi Amaechi of Rivers State, on Tuesday stated that money politics will have no effect in the forthcoming general elections in the country. He made the assertion earlier today on Sunrise Daily, a breakfast programme on Channels Television.

Amaechi, who was recently appointed the Director General of the All Progressives Congress, APC, presidential election campaign, based his argument on the emergence of Gen. Muhammadu Buhari (retd.) as the presidential candidate of the APC.

According to him, “General Buhari won the APC primary without money. Nigerians are now wiser. They can’t be deceived with money or any material thing. This election will not be based on money, if it is to be based on money, President Jonathan would win the election.

“There is no difference between the pocket of the Federal Government, the pocket of President Jonathan and the pocket of PDP. It is the stealing at the national level that led us to where we are now. We can’t continue in a nation where N2.3 trillion was stolen and nothing was done.

“If PDP wins the Presidential election in a free and fair situation, we in the APC are not like what they are calling us, our leaders are responsible; we will congratulate President Jonathan. But if they use military against us and rig the election, we will not take them to court; we too will take illegal action against them because what they have done too is illegal”.

The Rivers governor stressed that the APC never intends to cause violence or breakdown of law and order in the country, but declared that social injustice is what should not be allowed to prevail.

He also denied the allegation that his administration is owing workers in the state, saying on the contrary, he has directed that all workers be paid before the Christmas celebration.