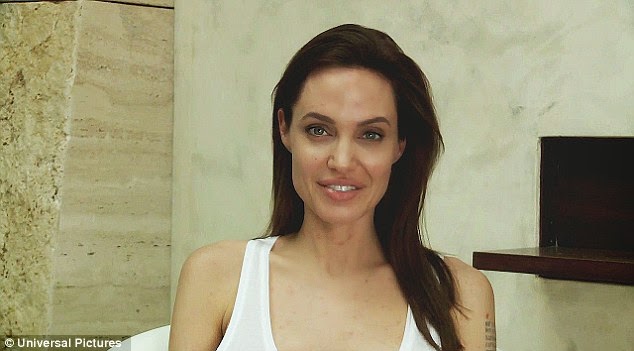 Superstar Hollywood actress — Angelina Jolie has delivered a special message to fans in a video posted to YouTube.

Calm your horses, it is nothing serious; she’s got chicken pox.

The UN ambassador sent out the video to inform her fans because she wouldn’t be able to attend the upcoming promotional events and even the Hollywood premiere for her newly directed movie “Unbroken.”

As controversy rages after two Hollywood heavyweights’ opinions of the actress were revealed in the Sony hacking scandal, a very spotty Angelina, took the unprecedented step of releasing a video statement.