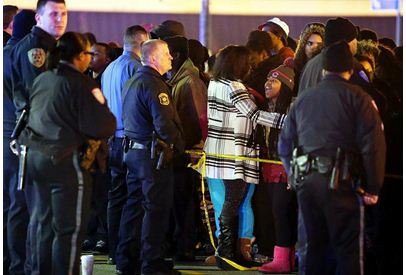 Looks like all the protest isn’t working because another black teen has been killed by police. The 18 year old was killed outside a gas station in Berkeley, Mo., about 2 miles west of Ferguson yesterday Dec. 23rd

An outraged crowd of about 60 people gathered behind police crime scene tape early Wednesday morning as the body of Antonio Martin, 18, lay in the parking lot in front of the Mobil on North Hanley Rd for more than two hours, according to eyewitness reports.

Police allege that Martin drew a handgun on the officer as he approached during a routine patrol. Witnesses saw a weapon at the scene next to the body. 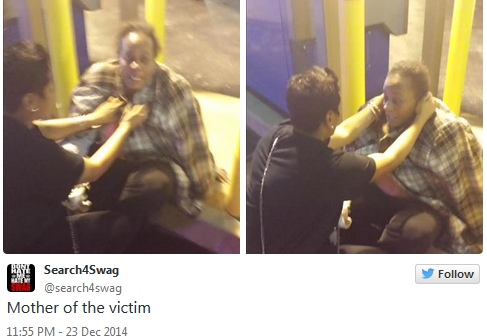 The officer fired several shots, fatally wounding him, according to the St. Louis County Police Department.

Toni Martin, the victim’s mother, said her son was with his girlfriend at the time of the shooting, The St. Louis Post-Dispatch reported.