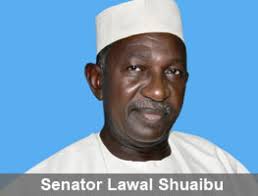 The All Progressives Congress (APC) has challenged the Independent National Electoral Commission (INEC) to mount pressure on the ruling Peoples Democratic Party (PDP) to make public the list of those who donated over N21 billion to the party’s presidential campaign funds and the source of such money – in accordance with the Electoral Act.

The deputy National Chairman of the party, Senator Lawal Shuaibu, who made the call while speaking with reporters at his Abuja residence, argued that the law does not allow anybody to take government money and splash on political campaign, pointing out that if a governor takes money from a state’s account and donates same to campaign funds, the commission had the responsibility to sanction the PDP for that and even prosecute such a person.

According to Shuaibu, the Electoral Act makes it mandatory for persons donating money to campaign funds to make public the source of such funds, adding that such funds will not come in sacks or bags, but will come in form of funds transfer, cheques or bank draft.

He said: “If the Independent National Electoral Commission is serious about enforcing the provisions of the Electoral Act, the first thing they will do is to ensure that every member of the PDP who pledged a donation at the fund raising, the receipt is produced by the party and the individual or organisation must show INEC the source of the money.

“This is the law and the Electoral Act is very clear about this. When a governor says he has donated N1 billion, it must not be from government coffers. INEC knows that the governor has no right to take the people’s money and donate.

“The National Chairman of the party Muazu said part of that money will be used to complete the national secretariat and the rest will be used for campaign at all levels. There is provision in the laws that says you can use government money meant for developmental projects for political campaign.

“So, the party should show us the receipt issued to each donor by the party and let us see the accounts of the PDP because such money cannot come in bags and sacks, but through some instruments.

“We must know the source of that money. If comes from government account, government has responsibility to sanction the PDP or prosecute the person who stole government money for political campaigns. In our own case, we intend to do fund raising, which is going to be very transparent. Whoever donates money, we will publish it so that the whole world will see”.

The APC chieftain noted that many Nigerians were donating to the campaign funds of Gen. Muhammadu Bihari. “People are making donations through that website and through the account number provided. Like I said, we are going to publish everything because we want to make our source of funding as transparent as Nigerians may not even have expected because we are talking about change. We want to change systems and the practices and what has been the norm”, Shuaibu said.

It would be recalled that at a fund raising dinner for President Jonathan’s re-election held at the Banquet Hall of the Presidential Villa on Saturday, 21 PDP governors donated N50million each which amounted to N1.05billion. Business owners in the Oil and Gas sector donated N5billion while their counterparts in the Real Estate & Building made a donation of N4billion. Likewise, the Transport and Aviation sector made a pledge of N1billion; Agriculture donated N500million while those in the power sector pledged N500m. Board of the Shelter Development Limited donated N250million while the Construction sector pledged N310million. Road Construction players pledged N250million while the National Automotive Association pledged N450million.