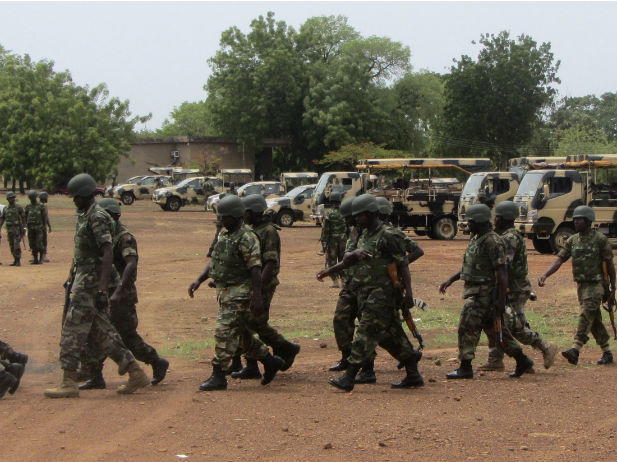 The Nigerian Army has reaffirmed its determination to win the ongoing war against the Boko Haram insurgents.

Popoola said that the battle could only be won when officers and men of the brigade and others deployed for the operation improved their skills and intelligence network.

He gave an assurance that the Nigerian Army would continue to provide all necessary logistics and encouragement to enable those engaged in the battle to excel.

Popoola stressed that the welfare of such officers would be given special attention on regular basis.

“With my short stay with them, they have shown their ability to lead those behind them and total loyalty and commitment to the Nigerian Army’’, Popoola said.

Popoola reminded the officers that “in the Nigerian Army, the higher one goes, the hotter it becomes, you should face the tougher tasks ahead”.

Responding on behalf of the newly promoted officers, Garba pledged their loyalty to the army, as the new ranks would ginger them to redouble their services to the nation. (NAN)