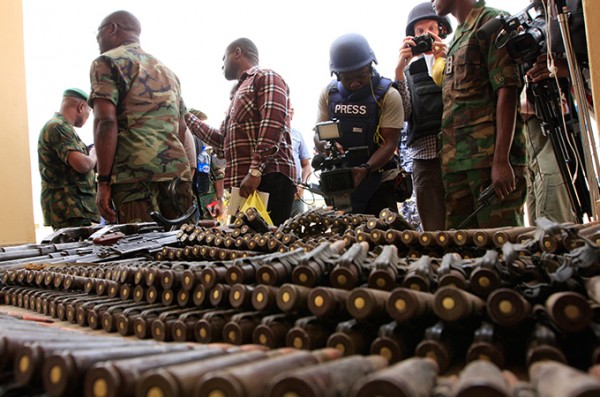 Senior Special Assistant on Public Affairs to President Goodluck Jonathan, Doyin Okupe has admitted that the Nigerian army is ill-equipped.

The army have often complained that it lacks adequate military hardware to prosecute the war against Boko Haram, which has led to some soldiers refusing to go on operations sanctioned by their superiors in the fight against insurgency in Nigeria’s northeast. The presidential aide’s comment in a recent interview with Vanguard therefore lays credence to their complaints, but he said the military has itself to blame for this.

“The last time the military was kitted was during Shagari’s era. During the time of Obasanjo, some efforts were made to bring some equipment from China but that did not work,” Okupe said.

“The military deliberately under-equipped its people because the military was preoccupied with its own security,” he explained. “It did not want its constituency to create problem. The last major procurement in the army was during Shagari’s era.”

The presidential aide however explained further that the money meant for the military in the budget is not for procurement of military hardware. “A large part of the budget so far, is often dedicated to recurrent expenditure. Majority of the money you see in the budget is for the upkeep of the personnel,” he said.

“Security agencies were the ones that acquired intelligence gadgets, it was not the military. We had challenges in the military and government is doing its best to overcome these challenges.”

Okupe dismissed insinuations that local hunters were leading the fight to recapture towns taken by Boko Haram. According to him, what they did in most of the operations was just to help soldiers navigate the areas easily as they know the terrain better. “The needed fire power still comes from the Nigerian Army.”

“I don’t know why it is easier to believe that hunters who are using dane guns and arrows are the ones that are chasing the insurgents away,” Okupe wondered.

He however noted that “The military does not intend to take on anybody on this issue. They are rejigging their arrangement.

“In the last four weeks, virtually all the places that the insurgents had put their flags have been taken over by the military. Peace has returned and most of the areas have been recovered from the insurgents.”