Despite falling down the pecking order in the attacking department, Arsenal boss, Arsene Wenger is confident Lukas Podolski would get more game time at the club.

The 29-year old scored twice in Arsenal’s 4-1 win over Galatasaray in the Champions League in midweek, making an everlasting impression of his qualities.

“He’s getting back to form and there’s a lot of competition up front,” Wenger said.

“While there have been injuries in midfield and in defence, I have a lot of players available so I can rotate a little bit.

“He will get his opportunities.”

Wenger did express sympathy for his lack of first team football. 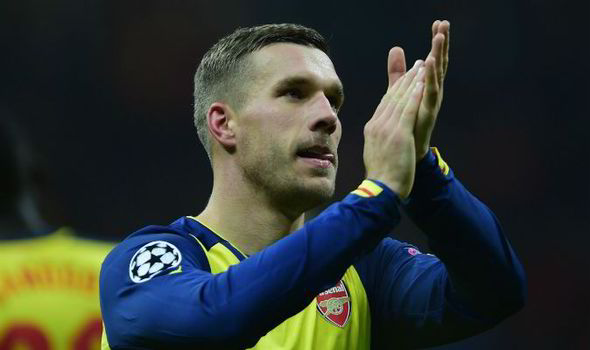 He added: “There are of course frustrations from the players who are top quality and don’t get much of a look in.

“But that is part and parcel of the job.”

Top players deserve to play regularly. Lukas Podolski falls in that category. According to Skysports: “Lukas Podolski averages a goal every 169 minutes, the best of the forwards that have played 50 @premierleague games.”

However, the situation in Arsenal’s attacking department could see the German suffer lack of first team football.

Arsene Wenger prefers a target man upfront or a true central striker. Podolski is better off on the flanks as he is not a natural born striker.

The early return of Giroud has seen Danny Welbeck drafted to the left wing, further affecting Podolski’s chance to play. It’s a complicated issue and the next few weeks would be crucial in determining his future at the North London club.