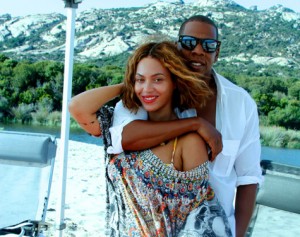 The super famous entertainment power couple were in the news just recently for flying all the way to Iceland to celebrate Jay Z’s 45th birthday.

Now, Beyoncé and Jay Z are making headlines again as reports suggest that they are close to buying an $85 million Beverly Hills estate.

The music power couple toured the luxurious property six times already and are said to be the front-runners in an intense bidding war.

Although there are four separate bids on the table from competing parties, 33-year-old Beyonce and her 45-year old hip hop superstar husband are set to close a deal with real estate agent, Branden Williams ‘by Christmas’, according to TMZ.

The sought-after property features eight bedrooms, 15 bathrooms and a 16-car garage as well as a swimming pool and floor-to-ceiling windows.