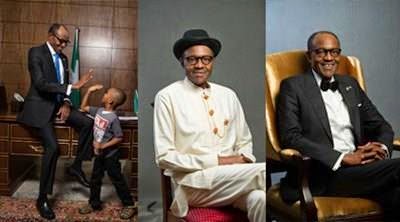 Rivers State Governor, Rotimi Amaechi, has described former head of state, Gen. Muhammadu Buhari as the change that Nigeria urgently needs in order to move forward, following his emergence as Presidential flag bearer of the All Progressives Congress (APC).

The governor, who is being considered as one of the possible candidates as Buhari’s running mate expressed his view on twitter.

“Our emancipation from the evil shackles of PDP is near. APC with Gen. Buhari represents the change we all earnestly seek. APC+GMB=CHANGE,” Amaechi wrote on the micro-blogging site.

Several candidates have been named as possible running mate for Buhari including Edo State Governor Adams Oshiomole, former Ekiti State Governor Kayode Fayemi. Amaechi’s chances are getting slimmer as deliberations continue on who to pick, with his attitude coming up in several analysis as a disadvantage. Before now, he was the most favoured candidate due to his closeness to Buhari, but with the presidential flag bearer said to have conceded the choice to party leader Bola Tinubu, it has become harder for Amaechi to emerge as Buhari’s running mate.