Checkout D’banj In This New Outfit. Crazy Or Cool??? 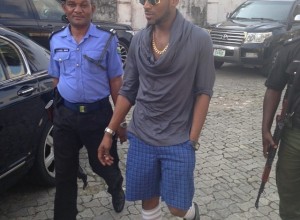 Maybe it’s cause I really like him but I kind of think his outfit makes a lot of sense :D

A lot of people don’t think so as there were enough crazy comments wondering what the Kokomaster was wearing.

In other news, D’banj is releasing a new track “Feeling the N*” today, look for it and listen to it………….Osheey!!!!