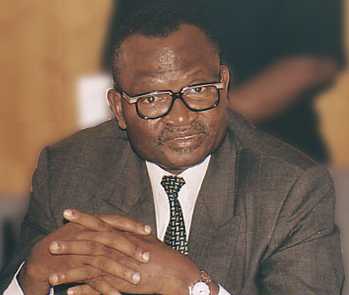 A former Attorney General and Minister of Justice of the Federation, Mr. Kanu Agabi (SAN), has said corruption is more capable of breaking the country than religion or ethnicity.

This was contained in a paper he presented titled, “Rewarding Excellence and Integrity in Service”, at the maiden ‘Rewards and Recognition’ ceremony of the Economic and Financial Crimes Commission (EFCC) at its Academy in Karu, Abuja yesterday.

He said: “I’m speaking to you at a time when nothing seems to be predictable, a time that virtually, all the structures of accountability provided by law have been knocked down and destroyed”.

Agabi, under whose tenure as minister of justice during the Olusegun Obasanjo administration the EFCC was established in 2003, insisted that there was no “discord between the Hausa, Yoruba and Igbo nations, between the Christians and Muslims”, pointing out that the only enemy of Nigeria is corruption.

“If we do not give up corruption, it will not be long before we stop to exist as a nation”, he maintained.

The former minister noted that Nigeria’s problems started from multiplication of public institutions, stressing that most people occupying offices were unqualified to take up such responsibilities.

While maintaining that corruption has eaten deep into the nation’s fabric, he said the EFCC could only do little to salvage the nation.

Agabi, however, advised EFCC operatives to continue in the task of fighting corruption in the country as her survival depends very much on the commission.