The sight of men, women and even young children risking their lives in various kinds of transportation makes one cringe.

You see people hanging on to movie vehicles, hanging on the roof of moving train, trying to hop into a moving bus and many other dangerous moves which could send one’s heart into one’s mouth. 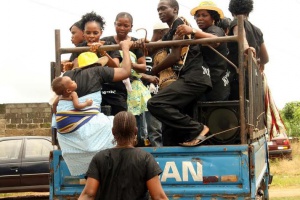 This kind of sight can only scare someone who is witnessing it for the first time as most Lagosians are used to it.

When you witness such scenes, it brings different questions to mind like, why would anyone want to die a cheap death?

Sometimes you begin to wonder what on earth will make anyone hop on a moving vehicle without any fear for their lives.

You get to see commercial motorcyclists popularly called okada riders carrying more than three passengers on a bike. There would be two children sitting in front of the okada rider while the mother of the children will be behind with one child on her lap while she’s has a small baby strapped to her back. 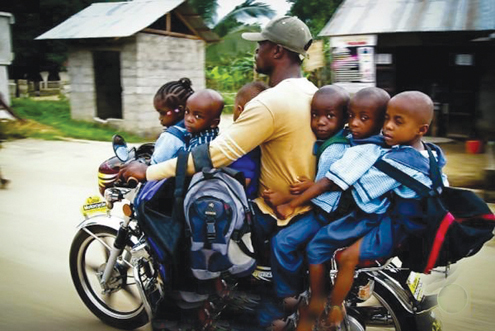 The again, you wonder why a mother would risk the lives of her family.

In most cases, it’s because of circumstances being that she can’t afford to pay the fare for different bikes but shouldn’t people consider their lives before taking such risks?

As much as we are trying to save cost and get to our destination in good time, we should also value our lives.

Though some would argue that if the government had put things in place, we won’t be having such scenarios, we however have to do things in order. You can’t keep risking your life as if you had some of it stored up somewhere else.

If anything were to happen to you as you struggling to jump into a moving vehicle or boarding an overloaded car, you are on your own. You can’t blame the government for your misfortune.

It’s just one life you have to live, so guard it jealously.