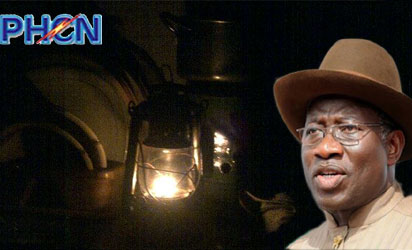 The All Progressives Congress, APC, has advised the Senior Special Assistant to the President on Public Affairs, Dr. Doyin Okupe, to stop lying in order to project the image of his boss, Dr. Goodluck Jonathan to Nigerians.

The National Publicity Secretary of the party, Alhaji Lai Mohammed, said this while reacting to Okupe’s claim that Jonathan had improved on electricity more than any other administration since independence.

The presidential aide had further claimed that Jonathan had been able to increase the power generation from 2,800 megawatts he met on the ground to 4,800 megawatts.

However, the APC spokesman in an interview with journalists on Thursday in Abuja, said that Okupe’s claims contradicted the figures released by the Federal Ministry of Power on December 11, 2014, which put the power generation at 2,945megawatts.

Mohammed said, “He says Jonathan has improved on electricity more than any other President. So, is that why we have gone below 3,000 megawatts? You can’t lie about that. This was contained in their official statement. I can understand his (Okupe) problem; they have to lie because they have nothing to show Nigerians.

“Anybody that buys diesel or petrol to fuel his generator everyday will know the truth. That person will be able to calculate the number of hours of blackout. It is a pity that they have nothing to show Nigerians and so they resort to telling lies which has to stop”.

Mohammed berated Okupe for claiming that the Jonathan administration had been able to curb corruption.

Okupe had said Nigeria’s movement from its 144th position on Transparency International’s Corruption Perception Index last year to 136th position this year was an indication that a lot had been achieved by the Jonathan administration in the war against corruption.

In his reaction to the claim, the APC said: “Why would they celebrate such stupid mediocrity? Is that worth celebrating? Ask Okupe that if his child comes home with such a scorecard the will he be happy? We in the APC have no time celebrating such nonsense. Right now we are focusing on the issue of what we are going to give Nigerians.

“Nigerians have seen from the conduct of our convention and our presidential candidate that we are ready for change. Our ranking on corruption is shameful.

“Is it not funny that it is the same Okupe who, a couple of months ago, when Nigeria was ranked 144 by Transparency International, rejected the report and questioned the integrity of the organisation but now he is rejoicing. No serious government should celebrate such”.