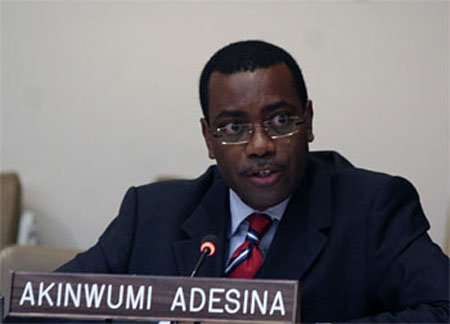 A former Minister of Agriculture during Olusegun Obasanjo’s administration, Adamu Bello, has faulted the numerous claims of achievements in the sector by the present minister, Dr. Akinwunmi Adesina, describing such claims as uncharitable and misplaced.

Bello said yesterday in a document that the claims by Adesina that the agriculture sector under his watch had experienced significant growth were unjustified and could not be verified from the National Bureau of Statistics (NBS).

The former minister said the performance of the sector in terms of GDP growth has instead been on a steady decline since former President Obasanjo left office in 2007.

According to data from the NBS, the last time a growth rate was recorded in the sector was in 2007 with a growth rate of 7.20 per cent.

Bello said: “From the performance levels indicated, the growth rate of the agricultural sector has been on the decline since President Olusegun Obasanjo left office.

“I have, however, noticed that the achievements being mentioned at various for a, especially by the Senior Special Assistant (SSA) to the President on Public Affairs, Dr. Doyin Okupe, have no basis except that they were stated by the Minister in charge of Agriculture, Dr. Akinwumi Adesina.

“I have personally spoken with the SSA as to his source and he gentlemanly told me that he got all he said from the minister. I reminded him that there are independent government agencies especially the National Bureau of Statistics that he should check with, and he promised to take up the issue with the minister and revert back to me”.

“It is only God the Almighty that will judge the unfair way past administrations are being portrayed. To claim that there was subsidy of N870 billion spent on fertilisers since the use of fertilisers was initially encouraged by the government about 40 years ago is most unfair, as I doubt if the entire agricultural budgets for the whole period was up to that sum”, he said.

Claiming that the amount was far lower than what Adesina claimed, the ex-minister explained that the subsidy from 1999-2007 was under N25 billion.

“For a fact, from 1999-2007, the total subsidy on fertilisers was under N25 billion. This can be verified from the Budget Office of the Federal Ministry of Finance. However, according to Dr. Adesina, the subsidy, which was abused and corruptly taken was claimed to be N26 billion annually over a period of 40 years”, he noted.

However, Adesina’s spokesman Dr .Olukayode Oyeleye, said the statement credited to Mr. Bello did not reflect the reality.

He said: “Parading those year-on-year GDP changes by the former minister has neither explained nor proved any point. Rather, it raises questions about the concrete achievements the minister had to show for his role as minister during the period he was at the helm. The differences, in terms of concrete performance, between Adamu Bello and Akinwumi Adesina, are poles apart. The purpose of the minister is not to generate or churn out flat figures, but to build verifiable sectoral statistics built upon tangible performances.

“Beyond Nigeria, the whole world is noticing Nigeria’s agriculture for the first time after over three decades of neglect. And he has numerous of these to his credit and to the credit of President Goodluck Jonathan under whom he serves as a minister.

“While the GDP figures of NBS is not in dispute, Bello needs to draw the nation’s attention to the size of agricultural sector during his tenure compared to now. GDP changes don’t say much, especially if absolute figures are not available. Here are some figures that are verifiable, not based on one-sided percentage change: Private sector investment into agriculture has risen to unprecedented level within the last three years, arising from both local and foreign direct investment because of the current reforms in the agricultural sector”.